Now that we understand how to compile and run Go programs, let’s take a detailed look at the structure of Go’s program, specifically its pac``kages:

There are a few things happening in our main function. We’re introduced to how functions (reusable blocks of code) are defined/created in Go. The basic syntax being:

Inside the function block {}, we indent the code inside using a tab. Then we access the fmt package and call its Println (stands for print line) function to print the message "Hello World" to the terminal.

Now let’s take a second and realize that while we defined our main function, we never explicitly told main to run its block of code. In other programming languages, functions have to be called, i.e. told to run its code. However, a main function is special, a file that has a package main declaration will automatically run the main function!

This nuance becomes more important as we build more complex programs. In the meanwhile, let’s finish up our program!

To import multiple packages we can add multiple import statements, like so:

Or we can use a single import with a pair of parentheses that contain our packages:

Notice, when using an import with parentheses, we’re not separating each package with a comma. Instead, each package is on a different line.

We can also provide an alias to a package by including the alias name before the file. Including an alias will make it easier to refer to the package without typing out the full package name:

In the example above we’ve aliased package1 as p1 and now we can call functions from package1 by using p1 like: 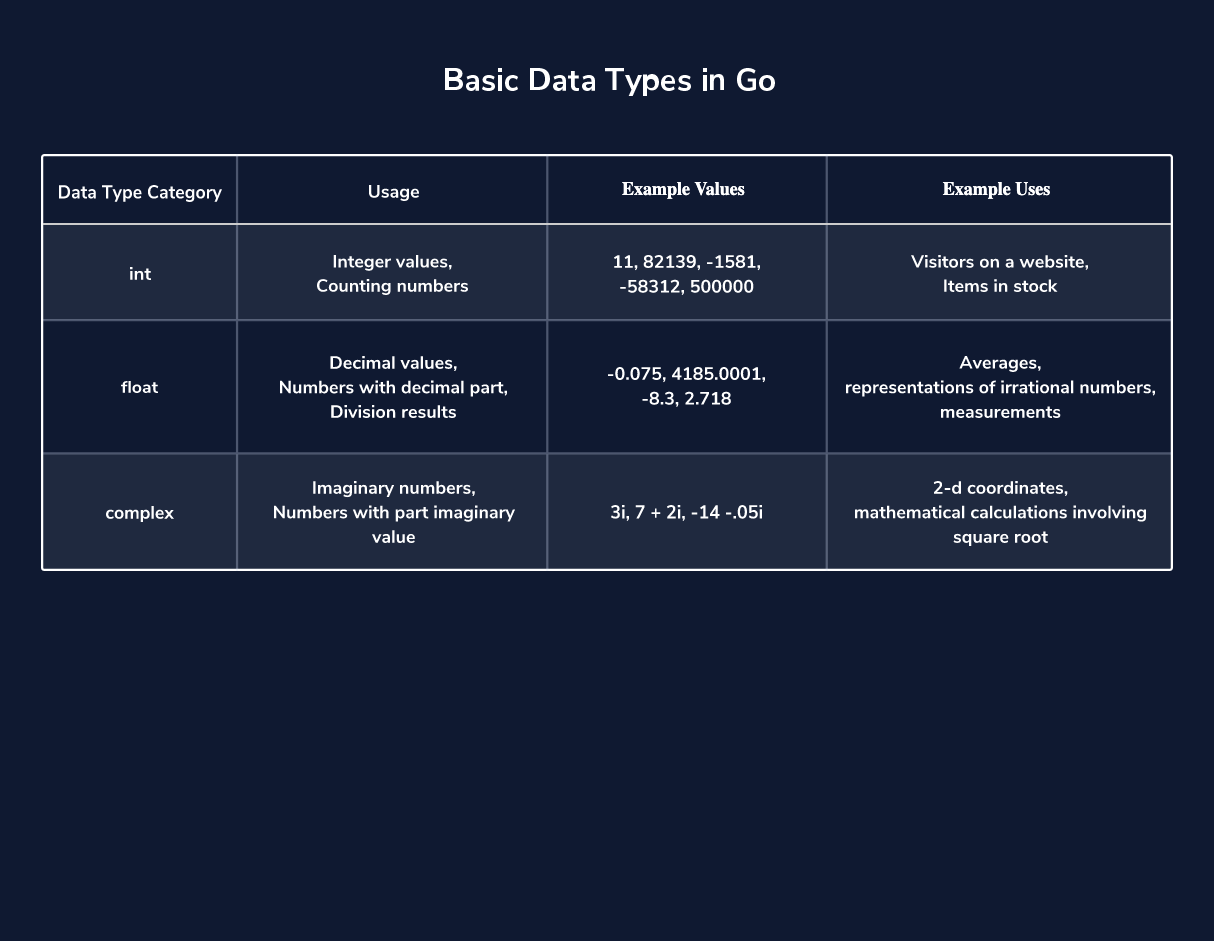 There is a way to declare a variable without explicitly stating its type using the short declaration := operator. We might use the := operator if we know what value we want our variable to store when creating it. For instance: